some strangeness i didn't mention yesterday

so, some things i didn’t mention yesterday that i realized were strange after the fact. 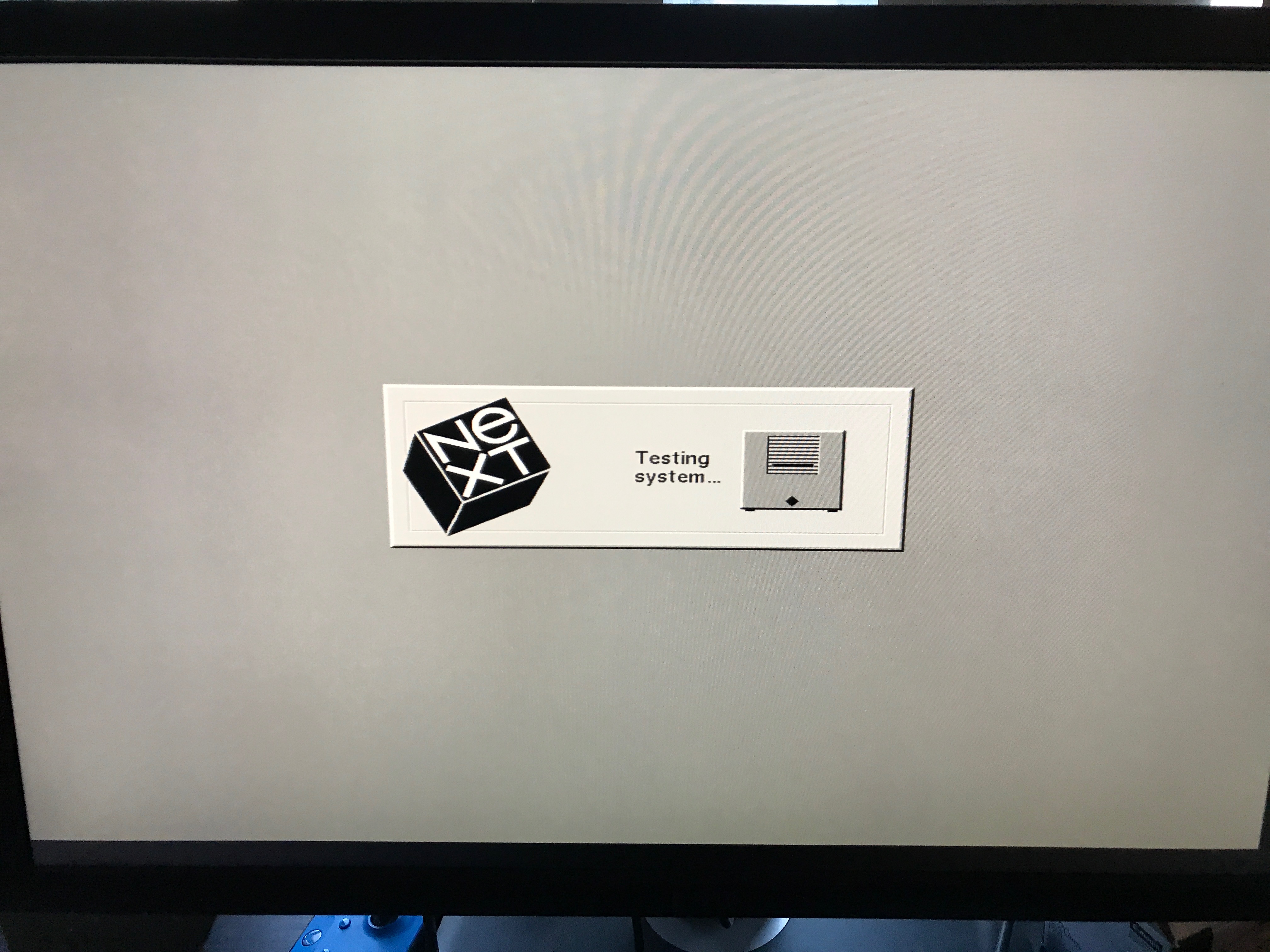 i’ll update again tonight once the scsi2sd is in! i’m impatient and keep fucking with it even though i know nothing’s going to be different for now, but, that’s just how it is!

parts are in! i have achieved VIDEO OUT!!!!

the parts are here!!! 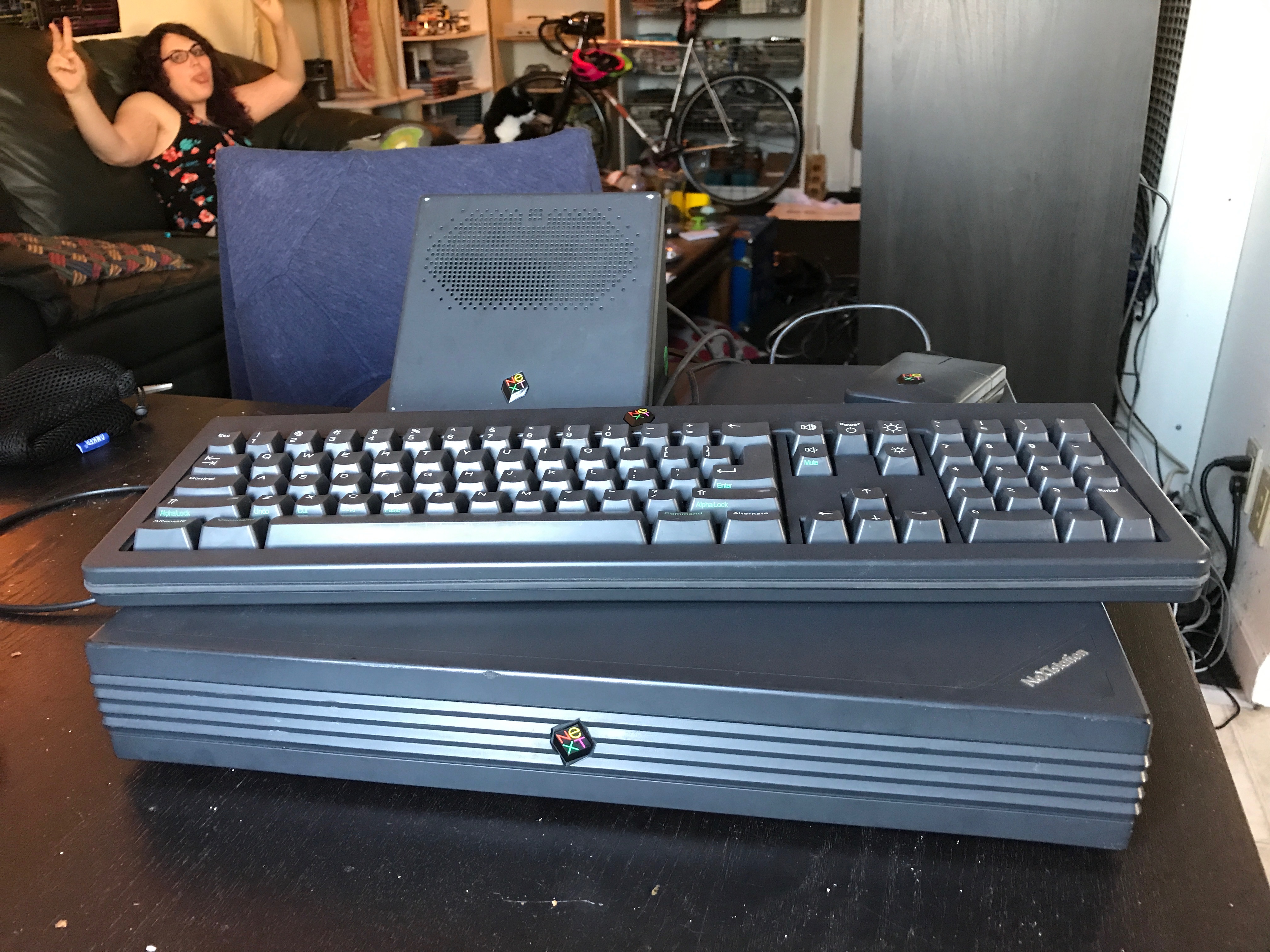 i hooked everything up to test it all out, and it didn’t work. my initial guess, after checking the NeXTComputers.org forum (which has been an invaluable resource in this process), was that the PRAM battery was dead. i pulled it out and checked my multimeter and, sure enough, it was outputting ~0.9v instead of the needed 3v. i was able to get a suitable replacement from walgreens, hooked it all up, and 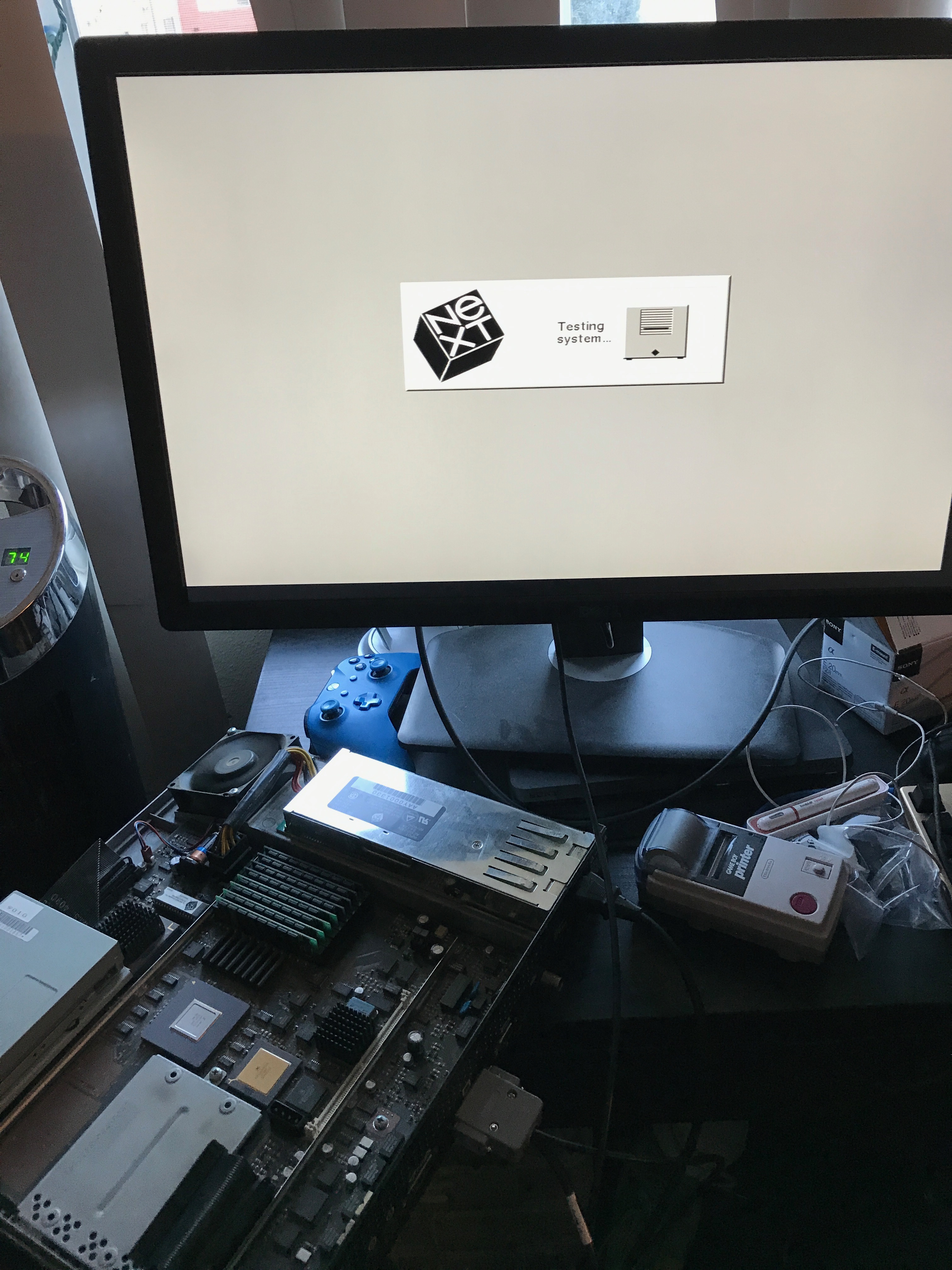 i got video out!!!! i got input!!!!! the system test fails because there isn’t a hard drive, but i’ve ordered a scsi2sd that will fix that problem. once i get that, i’ll be able to netboot into an os, and once i get in an external scsi cd rom drive, i’ll be able to install NeXTstep back on it!

i’m extremely happy with the progress i’ve made on this so far and i’m really excited to keep making progress!!! everything is going very well and i’m very excited!!

NEXT GOAL: write one of these posts from the NeXTstation

parts on the way

the parts i ordered (sound box, keyboard, mouse, monitor cable) have shipped and are gonna be here wednesday! i don’t really have much to say until then but i’ll post a much longer update once they’re here!

i have the nextstation now

great news y’all: i have a NeXTstation in my possession

it didn’t come with anything so i went ahead and purchased a sound box, non-adb keyboard and mouse, and a video cable with VGA out for connecting to a regular display.

my first goal is going to be getting video out, then booting from a floppy, then i’m going to get a SCSI -> SD adapter and external SCSI CD drive to actually install NeXTSTEP on it.